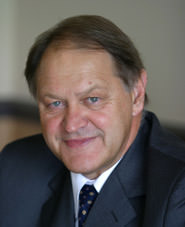 In his recent budget speech, the Minister of Finance proposed no material changes. The budget does, however, plot the course back to fiscal sustainability without sacrificing important government programmes and derailing the economic recovery. It also provides policy stability during a period of international and local uncertainty and it therefore comes as no surprise that it was welcomed by both national and international markets.

Noticeable is the fact that tax revenue had substantially declined as a share of GDP, contributing to a widening budget deficit. It was emphasised that the preferred method of achieving higher tax revenues is through base broadening, closing loopholes and improving tax compliance. In addition to the closure of sophisticated tax loopholes, the Minister announced a greater focus on tax compliance and decreases opportunities for (perceived) tax avoidance.

Individual tax payers
Individuals have been spared the burden of increased direct tax rates, but efforts to limit salary structuring opportunities (such as travel allowances) have continued.

A voluntary disclosure programme from 1 November 2010 to 31 October 2011 has been proposed. It will give tax payers an opportunity to disclose information they have not previously reported to SARS – without penalties and with reduced interest charges.

That tax policy research in future years will focus on the continued viability of estate duty, is to be welcomed.

Corporate tax
The corporate tax changes are characterised by a continued preoccupation with closing so-called “sophisticated tax loopholes”. Another noteworthy feature is a reference to promoting South Africa as a gateway to Africa. The implications thereof include relief from exchange control and certain relaxed tax rules for companies whose headquarters are located in South Africa.