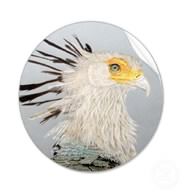 According to articles published in newspapers such as Business Day, Rand Daily Mail and the Sunday Times in September 2010, a company was hijacked by exploiting a weakness in the CIPRO system that deals with the appointment and resignation of directors in a company.

The unlisted mining company, Kalahari Resources Ltd, opened a case of fraud after the managing director of the company found that all the directors of the company had been replaced by eight new directors without her knowledge or that of the other directors or shareholders.

An investigation revealed that Sandi Majali, allegedly the central figure in the Oilgate scandal involving the diversion of funds to the African National Congress, was one of the new directors of the company. The registered address of the company had been changed and a CM15 seemingly lodged with CIPRO. This resulted in the allotment of all unissued shares to the new directors, giving them the majority shareholding in the company.

This and other fraud cases forced CIPRO to implement advanced control measures in its electronic system, especially where the appointment and resignation of directors are concerned. These measures include:

Since CIPRO has difficulty coping with the increased workload of implementing the new control measures and sending e-mails to directors, delays are being experienced in registering changes in directors.