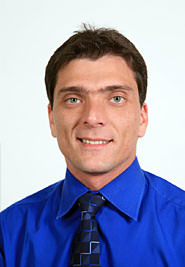 With the increased risk of fraud in organisations, it is extremely important for the boards of non-profit organisations to be aware of the threat of fraud. These organisations are under the watchful eyes of the general public and occurrences of fraud may discourage potential donors to open their hearts and bank accounts for them. With the uncertainty of donor-dependent income, especially in light of the risk of fraud, it has become increasingly important for an NPO to create a sustainable stream of income, e.g. an endowment. The latter comprises investing a sum of money that will grow to such an extent that the organisation will be able to fund its operations into perpetuity. Richard Holloway cited the following ways to establish a reserve or endowment in his book Towards Financial Self-Reliance:

Since any NPO registered with SARS as a PBO is exempt from income tax, the tax exemption serves as a further incentive to create a constant stream of income by way of endowments over and above the donations received.

For more information contact Jonathan Coetzee at the Somerset West office of Tenk Loubser & Associates on tel. 087 985 0935 or Email jonathanc@exceed.co.za