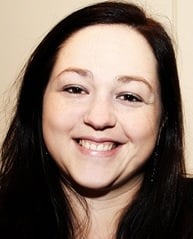 Variable cash remuneration such as commission, bonuses and overtime pay have a history of creating frequent tax problems due to the accrual of these remuneration prior to payment thereof.

The differences between the accrual and payment dates arise because the remuneration amounts are often left undetermined by close of month, or they are subject to a suspensive condition.

An erroneous taxpayer-finding – that a suspensive condition exists (where no suspensive condition actually exists) – or the omission of an amount which accrues to an employee before determination of the amount, may easily result in an under-declaration of pay-as-you-earn taxation. This in turn may lead to penalties to, and interest payable by, the employer.

While employers should theoretically go back and correct the prior monthly amount of PAYE withheld, this form of correction is difficult (if not impossible) in practice.

The new section 7B, effective from 1 March 2013, has the purpose of addressing the abovementioned problems. It stipulates that in determining the taxable income derived by any person during a year of assessment,

on the date on which the amount is paid to the employee by the employer.

Company C has a policy to pay performance bonuses to its employees when the turnover for the year has increased by more than 20% from the previous year. The determination of the bonuses takes place once the audited financial statements for that particular year have been made available.